Carnival in Gran Canaria usually starts at the end of January or the beginning of February. It varies from year to year. Different towns take turns, so that people who love to participate can attend the different events. The most popular carnival celebration takes place in the capital, Las Palmas, and lasts between two and three weeks.

This year 2013's Queen Contest had ten candidates. The event lasted a little over two hours and was held, like every year, in the heart of Las Palmas de Gran Canaria's Parque Santa Catalina, on February 1st. Some of the dresses were up to four and a half meters tall, and weighed up to a hundred kilos. To be able to move them, there were wheels under some of them. The jury that chose the queen was made up of a combination of a jury present at the event, and TV viewers who could vote by phone.

Below are the candidates for one of the most important events of carnival in Gran Canaria. You can have a look at all of them, and then chose your favourite.  The winners are at the bottom of the page. 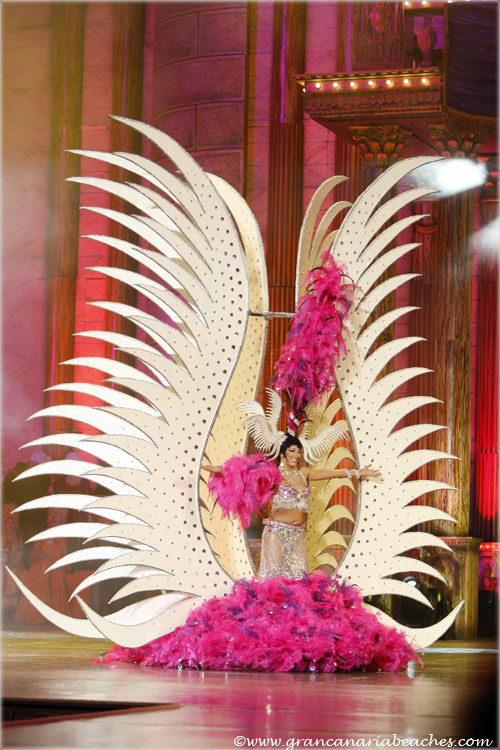 Candidate number 2, Cristina Vega, wore a blue, green, and golden dress, called "¡Sueña conmigo!" ("Dream of me!"), and was sponsored by Centro Comercial Alcampo Telde. It was designed by Fernando Méndez. 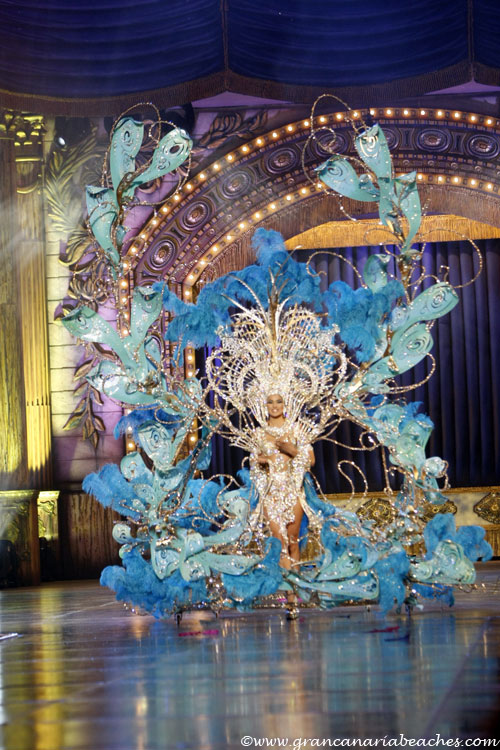 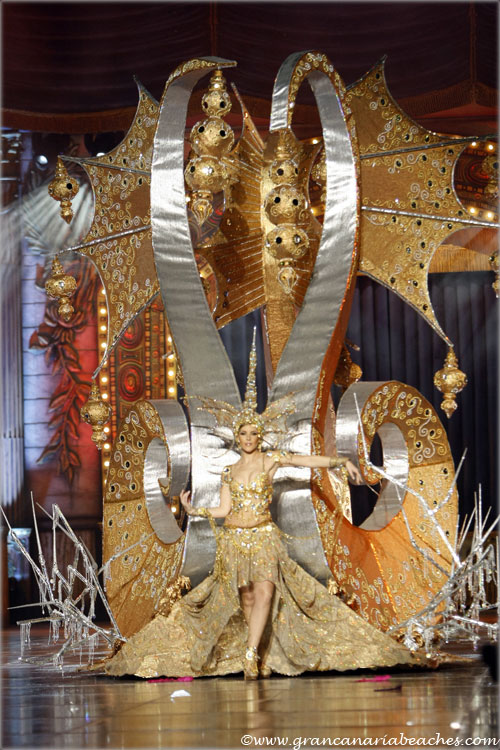 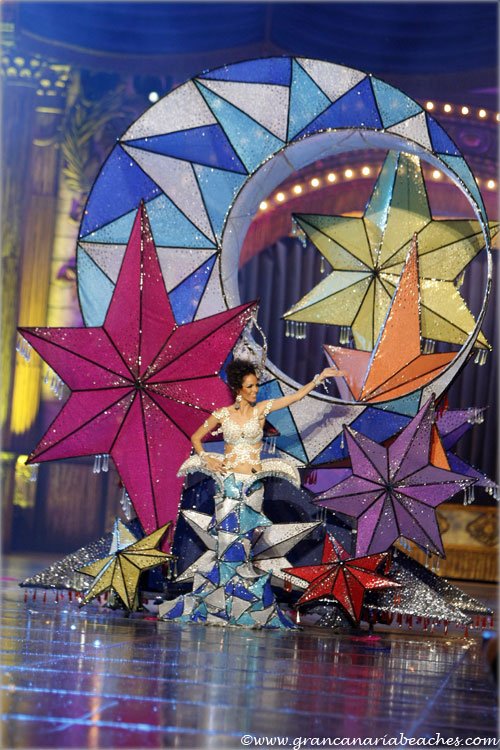 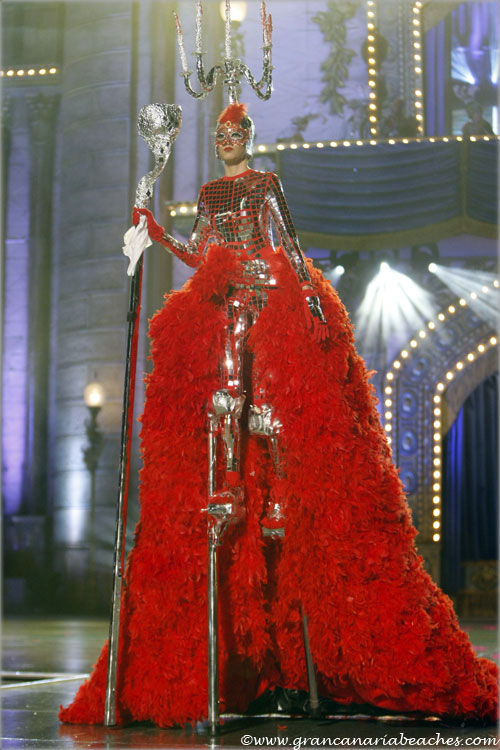 Candidate number 6, Paula Miranda, wore a dress with huge masks, called "Enigma." The sponsor of this dress was the Atlantico Shopping Centre of Vecindario. It was designed by Manuel Encinoso Quintana and Begoña Pérez Quevedo. 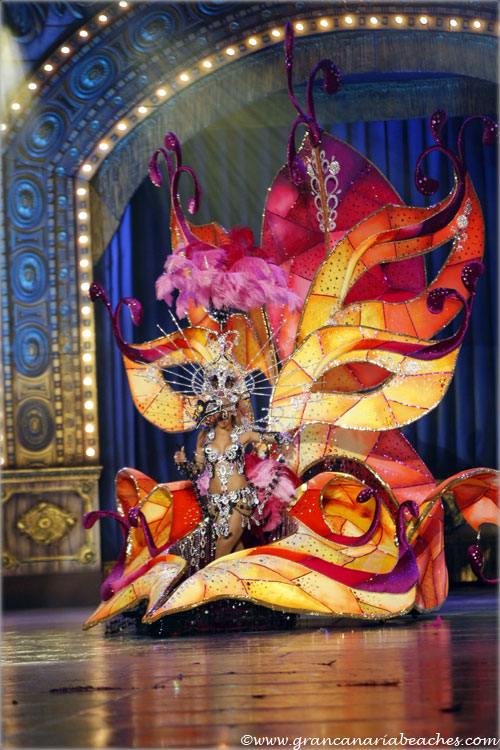 Candidate number 7, Giovanna Lee Alfonso, wore a white and silver dress called "Lágrimas por Ti" ("Tears for you"), and was sponsored by Terraza Kopa. It was designed by Willie Díaz. 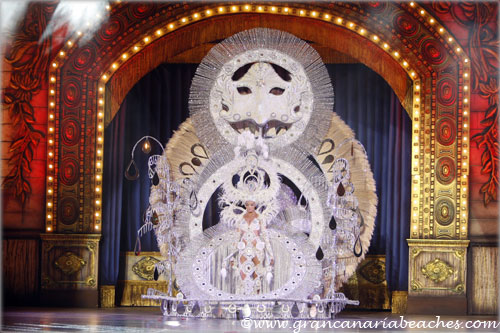 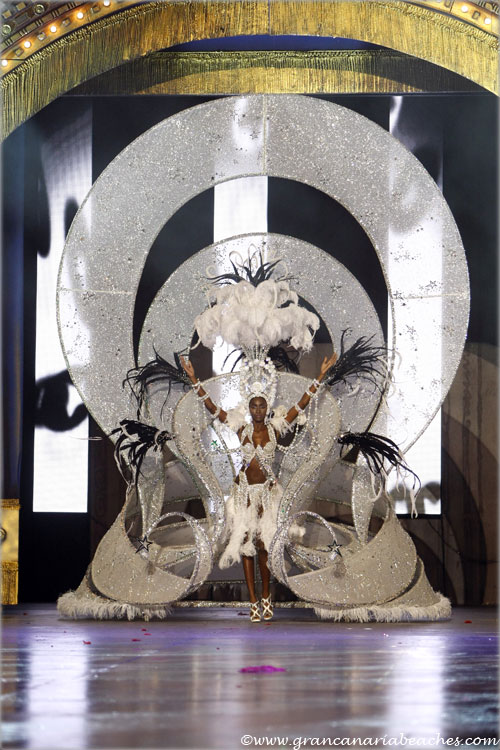 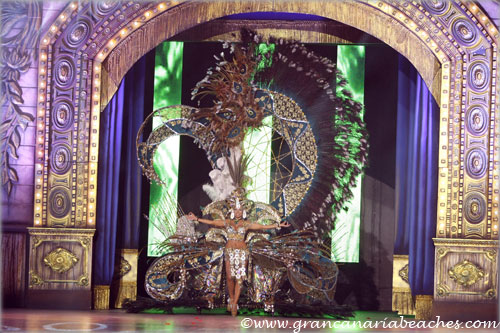 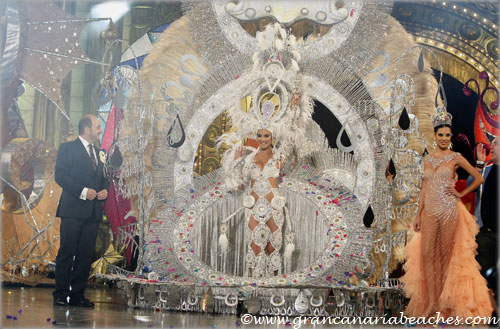 We would like to thank all the participants of the event and especially the ten candidates who participated in the Carnival in Gran Canaria Queen Contest. All of them deserve to be the winners for the effort and energy they put in.