The Maspalomas Drag Queen Contest takes place every year in the south of Gran Canaria, usually in February or March. It is held in the Yumbo Centrum Shopping Centre, in Playa del Ingles. This is where most of the gay and bisexual bars are located, as well as electronics, souvenir, and many kinds of other shops.

In the 2013 event, held on February 21st, there were 15 candidates, and 10,000 people attended. Besides the candidates, there were a few known singers, like Katrin Quinol (singer of "Black Box"). Every year, there is a popular singer of the 80s or 90s who comes to perform.

To participate, all candidates must be over 18 years of age, and fill a simple form in the town hall offices. They also have to submit a photocopy of their ID card, two CDs with the music (which must not last more than 3 minutes), list of dancers (maximum is six), and the name of sponsor.  It is mandatory to wear platform boots.

During their performance, the drag queens take off almost all their clothes, except for the boots. All of them start preparing for the show months in advance. Each of them first looks for the sponsor, then gets the dress designed and made, plans the choreography, chooses the music, and gets it edited accordingly. 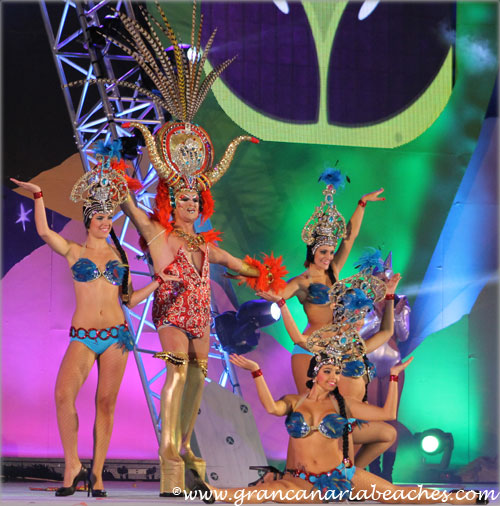 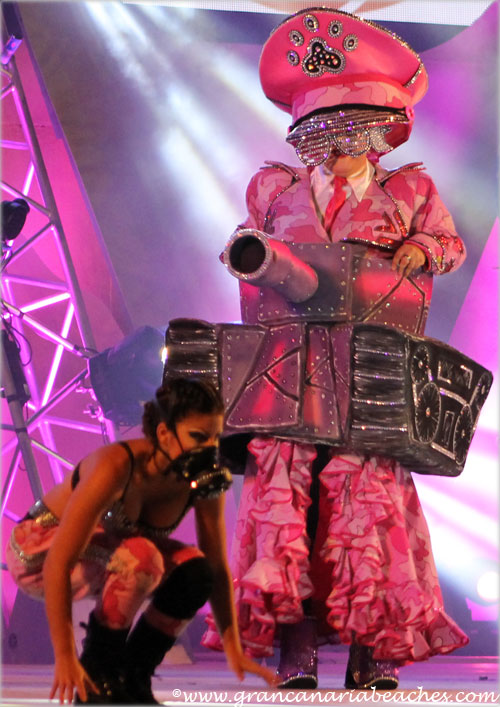 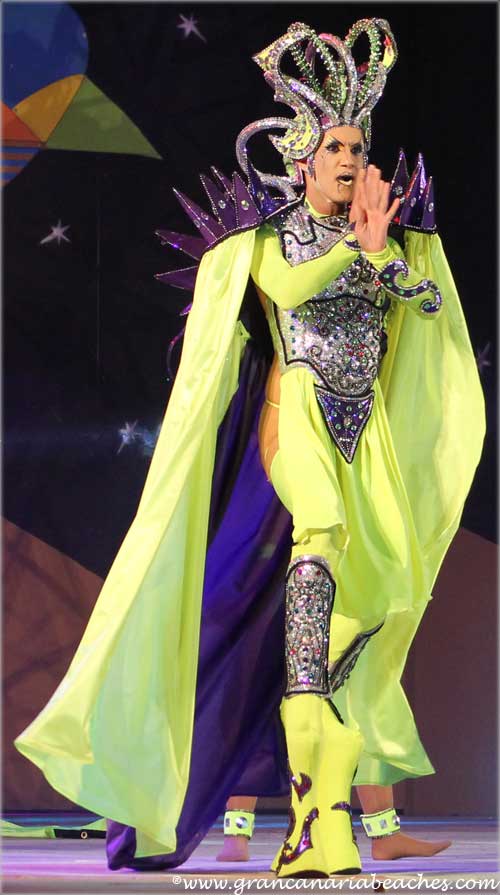 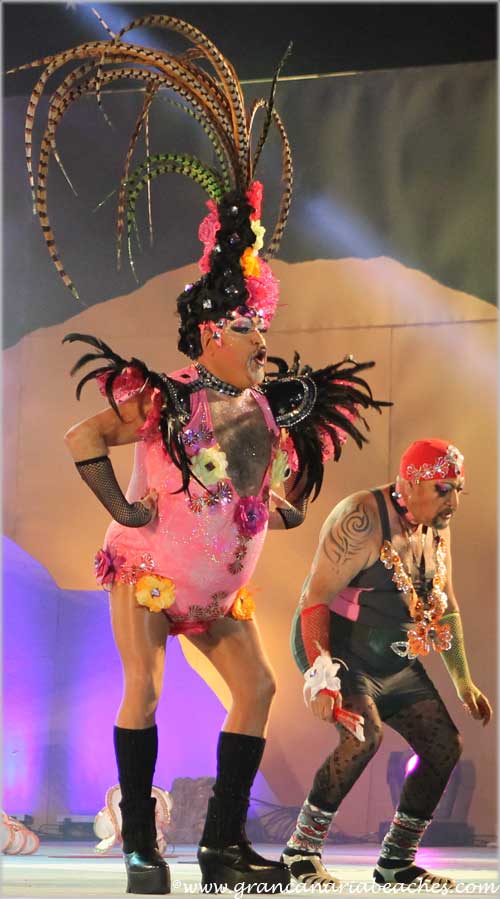 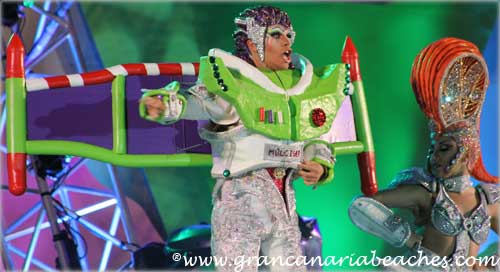 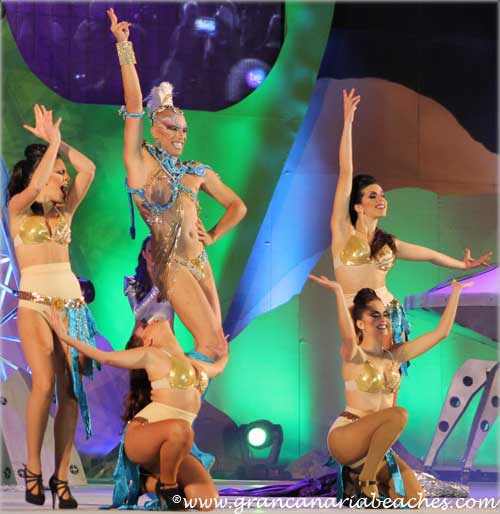 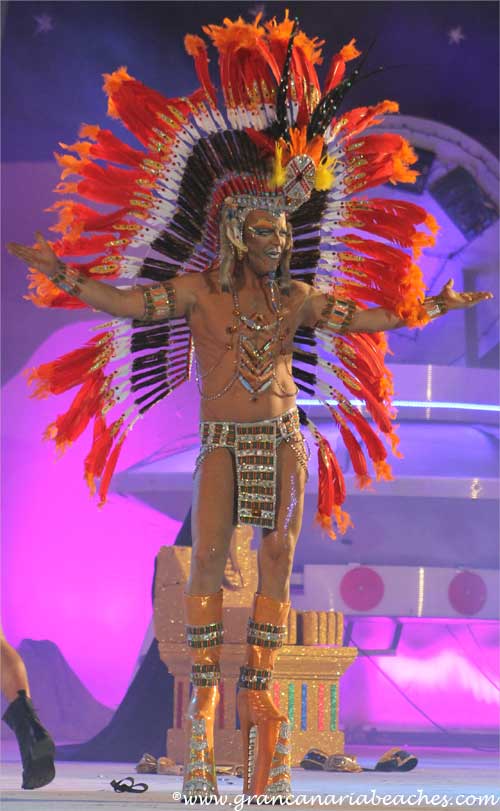 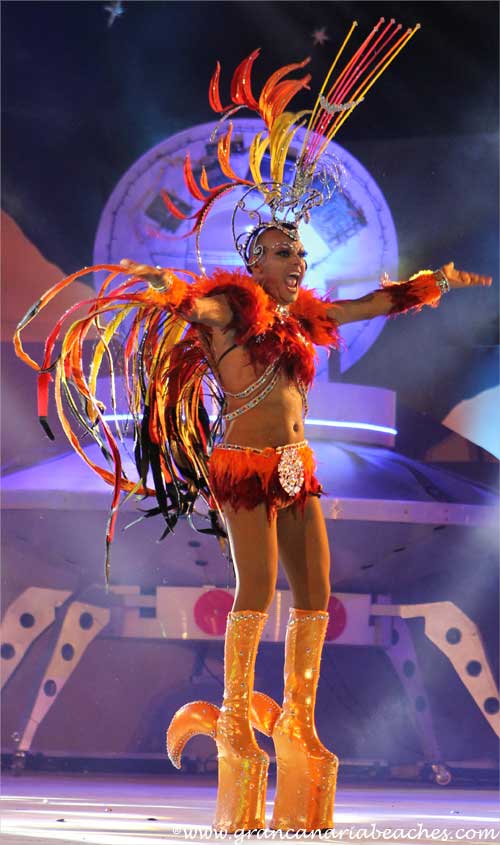 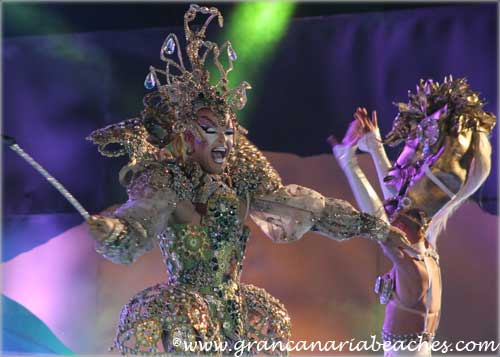 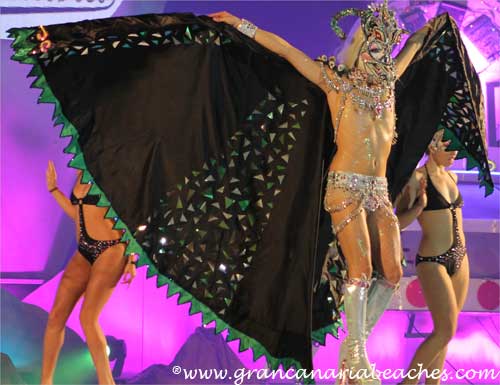 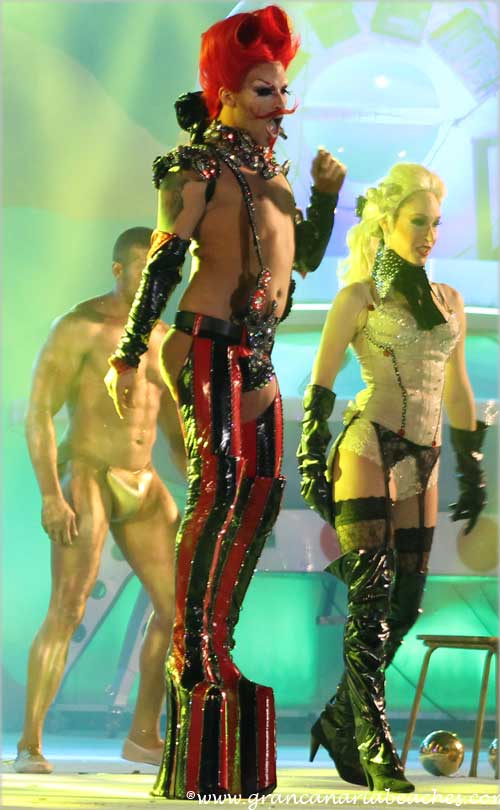 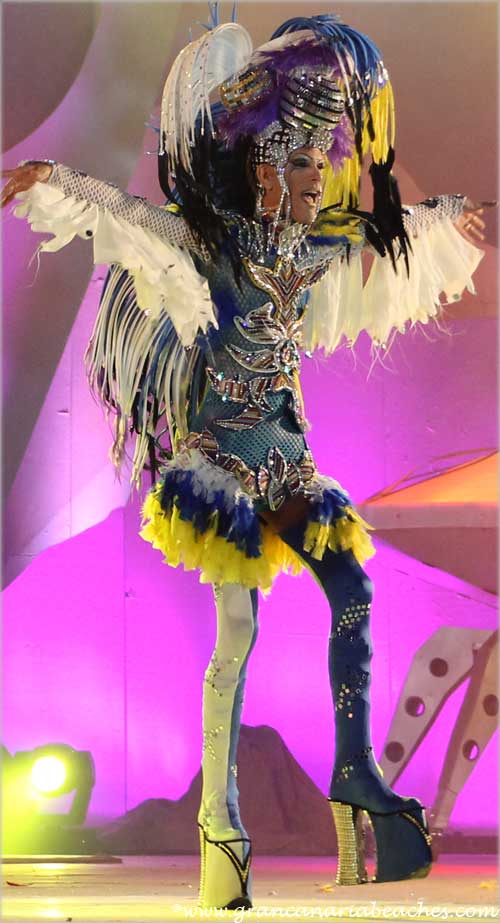 Besides the crown, he was also awarded a cheque of 1200 euros, by the mayor of San Bartolome de Tirajana, Mr. Marco Aurelio Perez. Drag Gio and Drag Acrux were the runners-up, and received 800 and 400 euros, respectively. 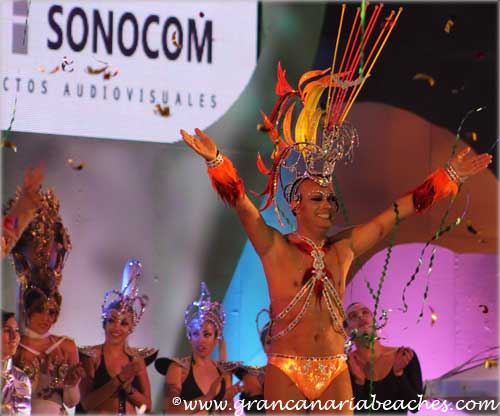 Here's the video of the winner, with his chicken and rooster dress. As you can see, after he finished, the crowd cheered him and really liked his act.

Get a comfortable chair or sofa, and check out the full video of the Drag Queen Contest of 2013 below (best to watch full-screen):

Fourteen drag queens participated in the 2014 contest. Each of them, was given only 3 minutes to perform. It was quite difficult to choose the winner, and the jury finally chose "Drag On," who wore an Aladdin costume. Click here to see the photos. See the Flikr photo stream, or click on the video below, to see the whole show. There is a very funny moment at the beginning when the presenter arrives on a camel.

Return from Maspalomas Drag Queen to Carnival in Gran Canaria