The 2014 Gran Canaria Christmas Nativity scenes,  built of sand on Las Canteras beach,  were a major hit. Over 140,000 visited it, while it was on display, for a month. As always, it is organized by the local governments, and a couple of private companies. All the donations of visitors, went exclusively for the 4 soup kitchens, to feed the poor people of the city. 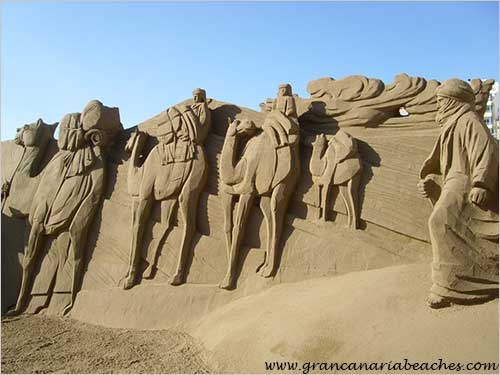 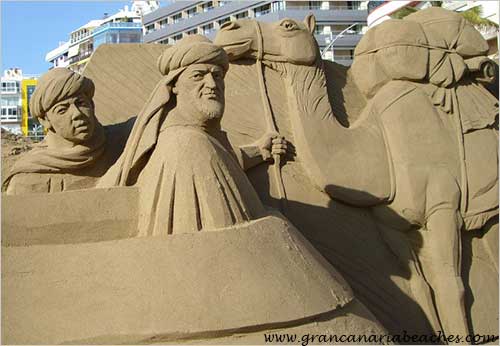 This was the 9th year in a row, that we had this fantastic display of art, for everyone to enjoy. Six talented sculptors, all from different countries, took over a week to complete the scene. A storm at the end of November, when the designing works had started, caused a delay, that forced the artists to work even harder, to restore the damaged part. One thousand  tons of sand were used, to create a total of seven different Christmas scenes. These were this year’s designers: 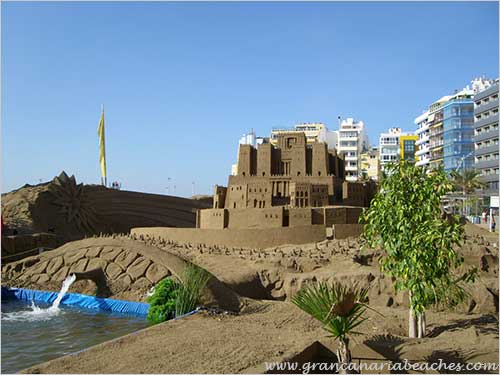 The photos that you can see here, were taken on December 26th, 2014. Las Canteras beach was really crowded, because of various reasons: 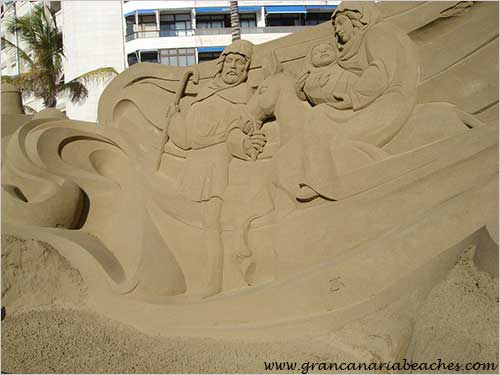 Other very  talented sand sculptors were also displaying their works of art, along the beach.  There was an outstanding one, of the Simpsons family.  The designer took 15 days to build it, working 7-8 hours per day. It was definitely worth it! One must value not only the hours of hard work building it, but also the guarding of the statues throughout the day and night. We recommend giving them one or two euros for all this super-effort. 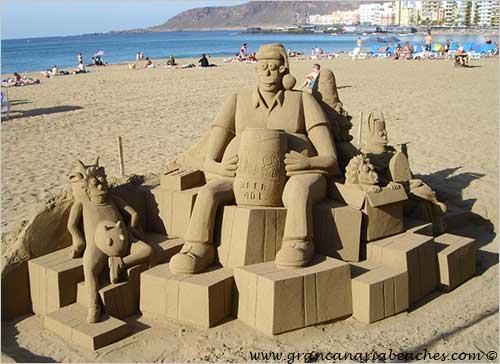 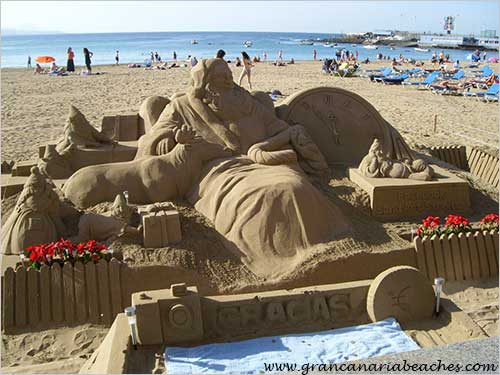 Planning a Visit?: Tips for Tourists

If you’re planning to come and see this event, you must know that it is open from 9.00 to 22.00 hours every day of the week, during the Christmas season (beginning of December, until the 7th of January). It generally takes about ten minutes to see the whole display, and there are rarely any queues.  The display takes place at the end of Las Canteras beach known as “La Puntilla” and is around a 20 minute walk from the harbour where the cruise ships dock. If you have booked an apartment or hotel room in the south of the island, an hour’s bus ride will get you to the Santa Catalina bus station, next to the harbor, and you can walk from there.  Keep an eye on their Facebook page, to see more photos, dates, and other interesting information.

Now, if you can’t make it during these dates, don’t worry. There are always a couple of artists displaying throughout the whole year, except when there is a prediction for storms, or very strong winds. 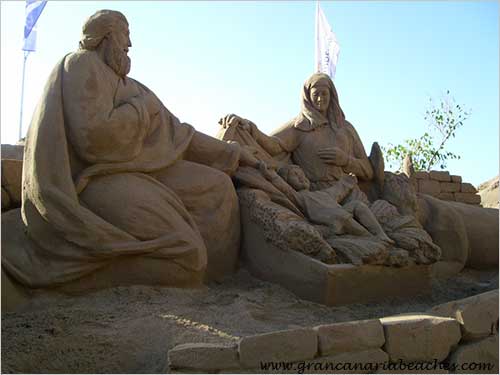 The Birth of Jesus Nativity Scene