The Gran Canaria aquarium turtle hospital works with the local government to protect injured turtles. Turtles can get caught in nets, plastic bags, or are injured by fishing hooks. Luckily, the Poema del Mar, the aquarium in Las Palmas, is not just a tourist attraction. It has been built to support local marine life, and has many projects to make this happen. One example of this is the tank dedicated to turtles. Instead of having resident turtles that spend their life in the aquarium, Poema del Mar has teamed with the government's wildlife centre, to house the turtles for recovery after being rescued.

The specially designed turtle tank at the Las Palmas aquarium, is designed with the animal’s natural habitat in mind. It is a deep tank with natural currents, to increase the turtle’s strength. The temperature is maintained to the natural temperature of the wild. There is also a small beach attached to the tank. This not only allows the turtles to recover, but also lets them gain their strength, and prepare to go back into the wild. Previously, the turtles recovered in smaller tanks that were not suitable for their full recovery. 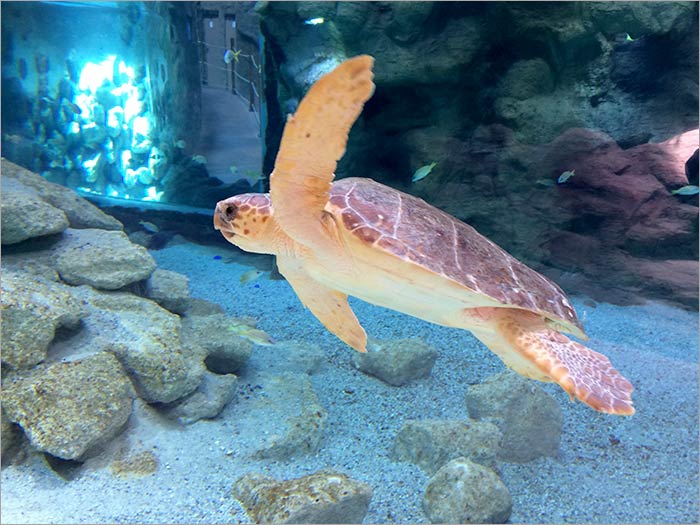 Most recently, the aquarium housed two turtles that were rescued by the Wildlife Centre of Cabildo (the government of the island) . One of the turtles, found by the Ocean Brothers in the neighbouring island of El Hierro, had a fishing net caught in one of its fins. The fin had to be amputated but, thanks to the Las Palmas aquarium, the turtle is now fully recovered. It will be released back to the sea.

The second turtle was found in the south of Gran Canaria, and had swallowed a fishing hook. The wildlife centre helped to remove the hook, and the turtle is now recovering safely in the aquarium. 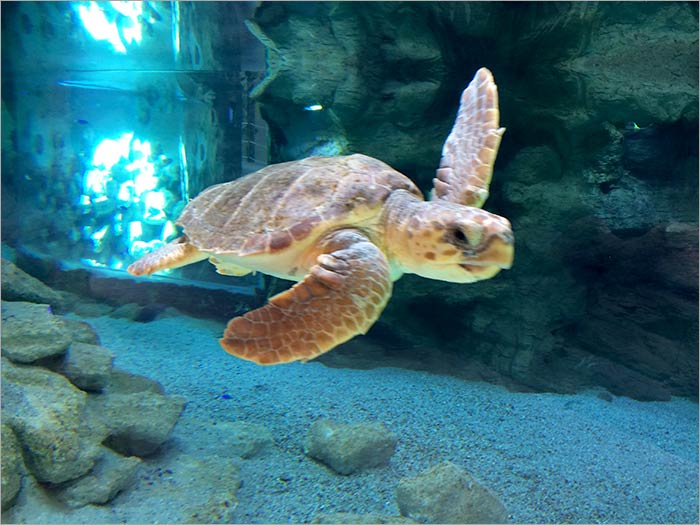 The aquarium is also working with the University of Las Palmas de Gran Canaria to permanently host loggerhead turtles. These have been in tanks in the center of Taliarte (southeast of the island) for almost two decades. With the natural environment of the aquarium, there are hopes that the turtles will be able to reproduce, so that this species can then be re-introduced into the seas of the Canary Islands.

In the video below, you can see the loggerhead turtle species known as "Caretta Caretta", which in Spanish is commonly called "Tortuga Boba".

It is encouraging to see an aquarium be a part of these project. It allows tourists, locals, and local school children to see first-hand the positive impacts that can be made by supporting marine life and being eco-friendly.  If you are interested in this article and the care of turtles, don’t forget you can visit the Las Palmas aquarium yourself. Click here for further details.