The two biggest and most important Tenerife theme parks are Siam Park and Loro Parque. One is located in the north of this neighboring island, and the other, in the southern part. To get to these parks from Gran Canaria, there are tour packages where everything's taken care of, or you can organize it all yourself. 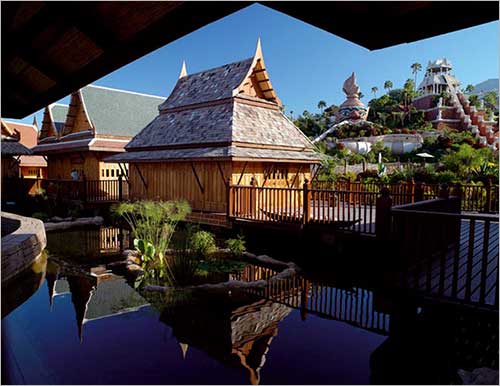 Entrance of the Siam Park where you can see the pagodas

This is a huge 185.000 square meters, Thai-style water park, located in Adeje, in the south of Tenerife. It is a world class attraction, and keeps on getting awards every year, including the 2015 Tripadvisor Travellers’ Choice award. It has the best water slides and pools, including attractions like the “Wave Palace” where you can surf in warm water, all year round. They have also built an artificial beach called “Siam Beach” with sand brought from the Algarve area in Portugal, for those who just want to sit under the sun. For those who want to add a little excitement to their lives, visit the “Tower of Power” . This is a vertical slide which goes underwater, through an aquarium of sharks!!!! Now, if you want something 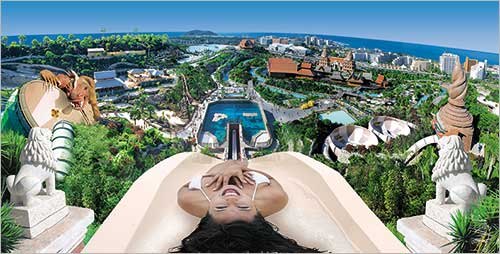 The Tower of Power slide is very steep and goes underwater

In the video below, taken in 2013, you can have a good look of what this waterpark has to offer. Since then, a couple of new attractions have been added, making it even better. 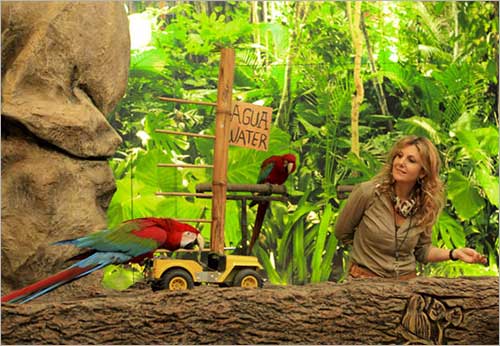 Parrot shows are held throughout the day in Loro Parque

This is a massive animal park located in Puerto de la Cruz, in the northwest of Tenerife, and has also received the same Tripadvisor award as the other park. Here,  you can see a big variety of animals, and enjoy plenty of animal shows. The parrot, dolphin, and whale shows are definitely worth visiting. You can also see penguins, sea lions, sharks,  gorillas, white tigers, anteaters… Their “Discovery Tour” shows you all what you wanted to know about how the animals are taken care of, and how the park works from inside out. After you have walked around, you can enjoy a hot lunch in the open air restaurant. Remember to take your camera or smartphone! 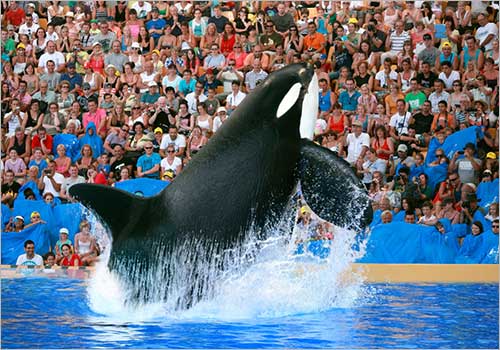 The Orcas have been brought from Seaworld in Florida 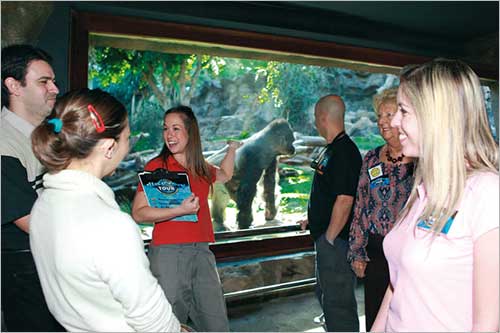 During the Discovery Tour, you will learn what goes on "behind the scenes"

This is a package tour that can be bought from any travel agency, and is provided by the Fred Olsen ship company. It includes the following:

A similar package deal is available for the other theme park , Siam Park. It is called, you guessed it, “Siam Express”.

Tenerife Trip: Do It Yourself

To visit the neighbouring island, all you have to do is buy the ferry or plane ticket, from any travel agency, or online.

There is a free yellow train, that kids will love, from the centre of Puerto de la Cruz (near the TFN airport) to Loro Parque, every 20 minutes.