El Confital Beach: A City Beach for Families and Surfers

El Confital beach is one of the most modern beaches of the island of Gran Canaria. when you consider its facilities. It is the northernmost beach of Gran Canaria. It is located in the municipality of Las Palmas de Gran Canaria, and was one of the most important beaches for water sports. Unfortunately, due to various pollution problems, it has been closed off to the public since 2017, and it doesn't look like it will be opened soon. Although the city council has been trying to sort the sewage problem, they have been unsuccessful. (Updated April  2022). 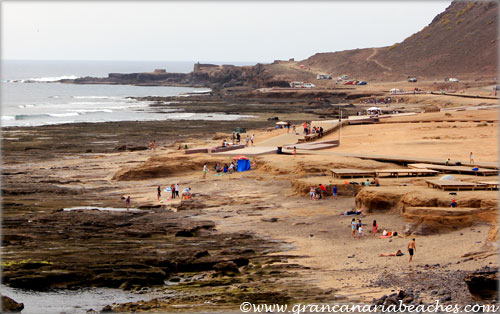 This beach is world famous for surfing. There have been important world championships organized on this beach, and the best surfers have come to participate. In 2011 the “10th Islas Canarias Ocean & Earth Pro by Gran Canaria” tournament was organized here. This event was part of the ASP (Association of Surfing Professionals) tour. 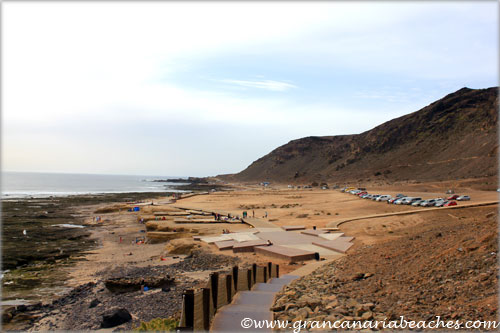 Located next to the beach of Las Canteras in the municipality of Las Palmas de Gran Canaria, El Confital beach received  the Blue Flag award in 2012, for having the characteristics of cleanliness, safety and accessibility necessary to obtain it. After that the quality of the water started to decline. In 2018 the Spanish government included it in a list of the ten most polluted beaches of the whole country. Since then, the quality of the water has improved, but not enough to open it for swimming or other water sports. 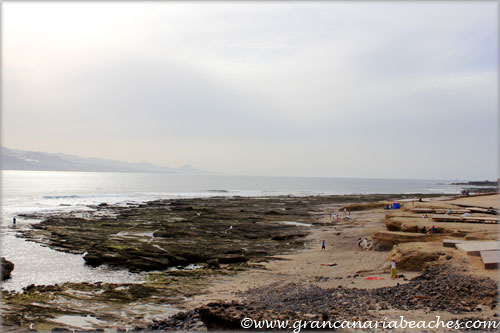 To reach this beach, you can either go by car or walking. If you go by car you will have to go through a narrow dirt road which doesn’t allow two cars to pass at the same time. So, if you find a car coming the opposite way, you will have to do a bit of back-and-forth driving. 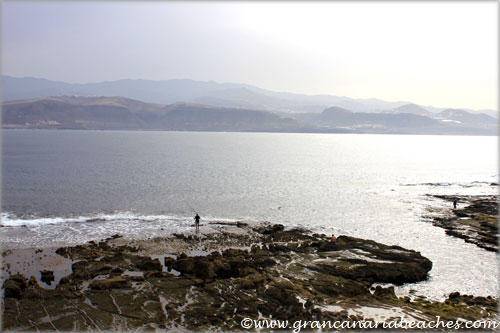 The Confital beach promenade, is more than 500 meters long and is made of stone and wood. It was a great space to go walking, or do aerobic sports, such as jogging and to enjoy its unique surroundings. 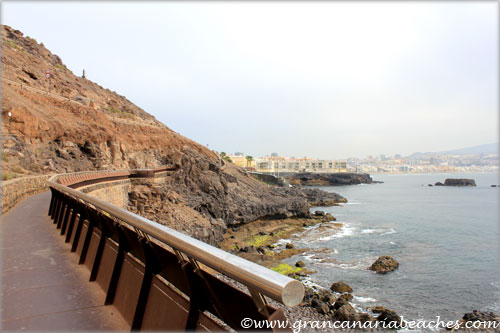 One has to take proper care while swimming in the Confital beach’s crystal clear waters. The main reason is that there are a few meters of sand near the sea, and the rest of the coast is full of small rocks of different shapes and sizes. It is better to use the path made specially to enter the waters. Surfers and bodyboarders used this beach daily. They took special care of not stepping on these rocks barefoot.

Over the last few years, there have been plenty of problems on this beach: from rocks falling from the mountains above, homeless people living in the caves nearby, to sewage. This pollution in the beach forced the city council to close this beach. The water company has fixed pipes, and looked for leaks, but no luck.The city council experts have really tried hard to locate the origin of the sewage that fills the beach with harmful bacteria, but they haven't been successful. So, in the mean time, the beach remains closed, and it doesn't look like it will open anytime soon. 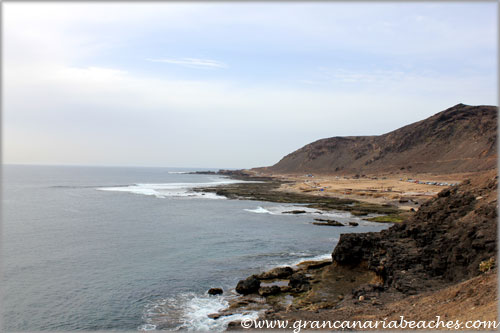