The Atlantico Gran Canaria Shopping Centre has a nice Christmas atmosphere at the end of November. Every year, you can see many different Nativity scenes in many different places of Gran Canaria, and one of the best is displayed in this shopping mall. We recommend everyone to drop by and have a look at it, and at the same time take advantage of the huge variety of shops.

This year, the Nativity scene was inaugurated by the mayor of Santa Lucia de Tirajana, which is where the shopping mall is located, on November 22nd, 2013. There was a brief ceremony where the local priest gave his blessings to the scene with holy water. Canarian musicians and singers were present too, to entertain all those who were shopping, as well as those who came to see the main event. 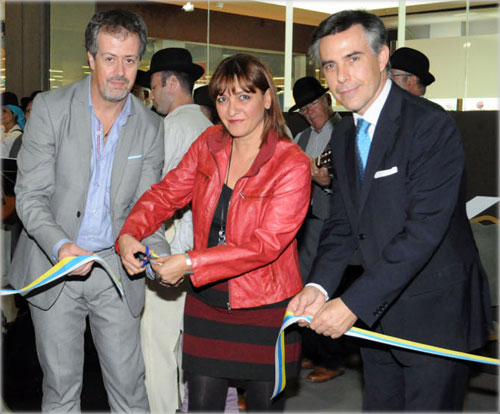 In the photo above, the mayor of Santa Lucía de Tirajana, Mrs. Dunia Gonzalez, inaugurates the Nativity scene. On her left is the designer of the scene, who has put a lot of work in it, Mr. Fernando Benitez, and on her right, the manager of the shopping mall, Mr. Wenceslao Gomez. 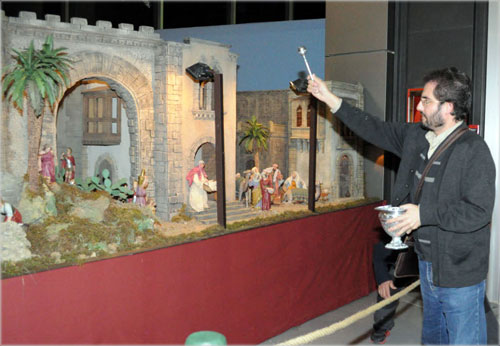 The priest of Vecindario, Mr. Antonio Lopez, blesses the scene. 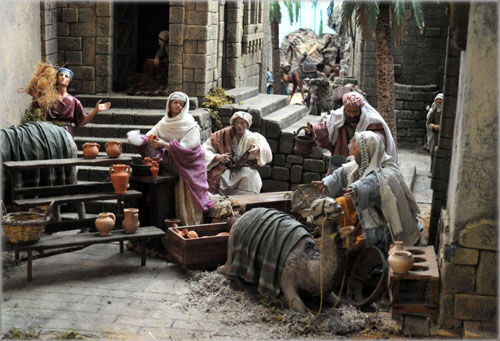 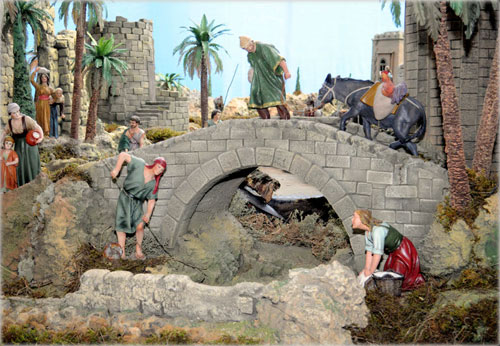 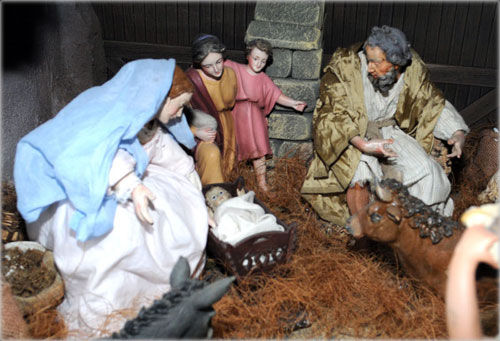 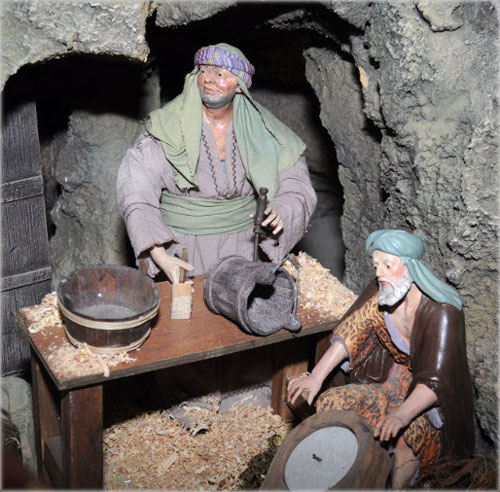 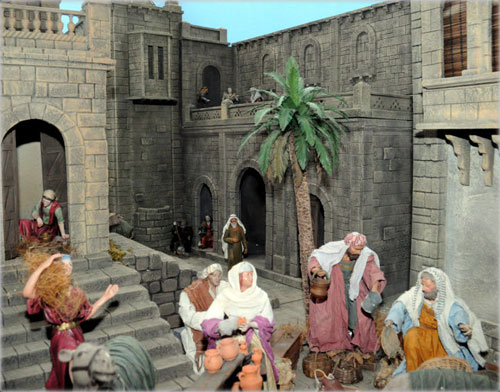 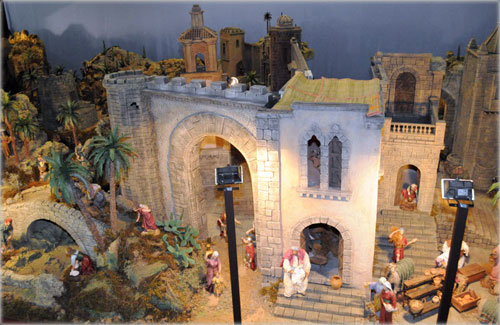 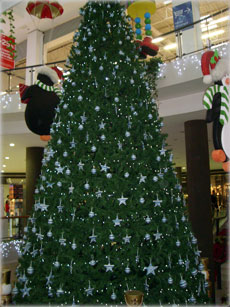 The whole shopping centre has been decorated for the holiday season, and there is a huge Christmas tree at the entrance. This tree is three floors tall. In Spain, the season begins later than other countries, and lasts till January 6th, which is when the three wise men travelled from far away and took gifts for baby Jesus.  Many of the shops that belong to the mall, have also been decorated. The toy soldiers below are at the entrance and greet all the shoppers that enter from the parking lot. 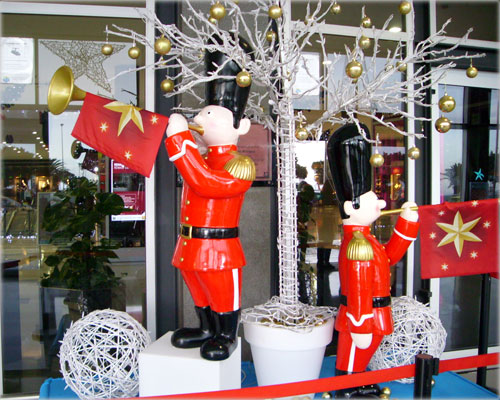 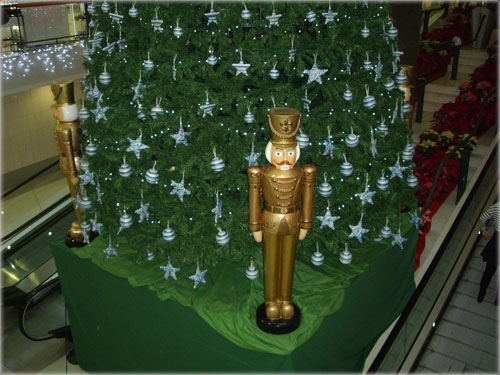 This year, this shopping centre will be open on many Sundays during the month of December, so that everyone can do their shopping on time. Here’s a list of the holidays on which the shopping center will remain OPEN:

January: Open on Sunday the 5th till midnight

On the following days of December and January the shopping centre will remain CLOSED:

January 2nd, 3rd, 4th: The Three Kings' royal pages will be entertaining everyone from 18 to 20 hours.

Our first showcase is from the Swiss4U shop, specialized in all kinds of items from Switzerland. 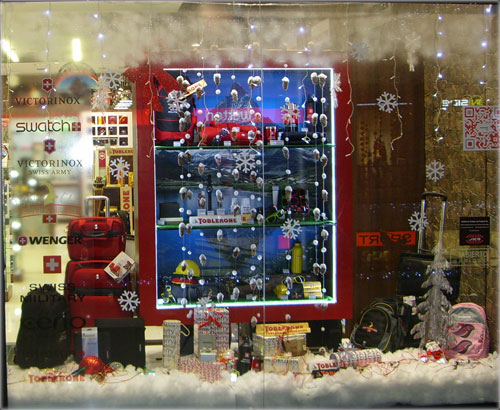 The Body Shop's showcase is full of a Christmas feeling. 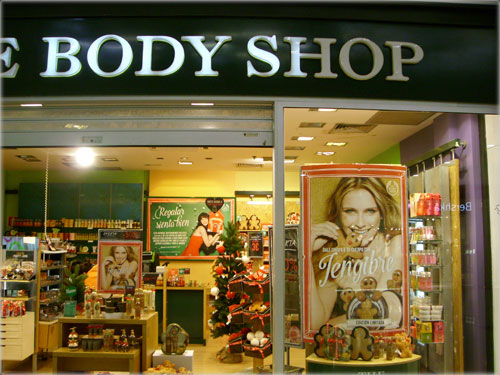 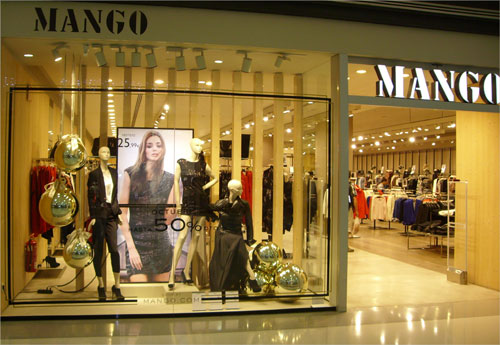 Zara Home, the Spanish franchise of houseware, really knows how to set up the hall for the Christmas dinner. 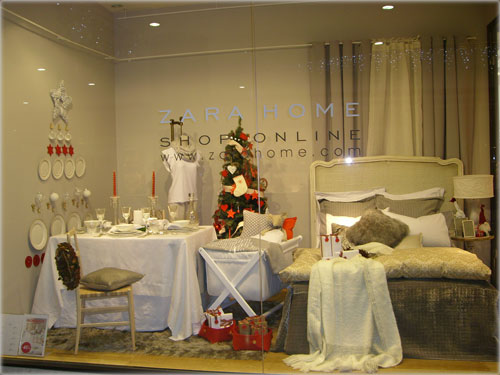 Cortefiel, a nationwide Spanish clothes store for the whole family, has a nice red deer with a muffler. Plus, these guys start their special offers before anyone else. 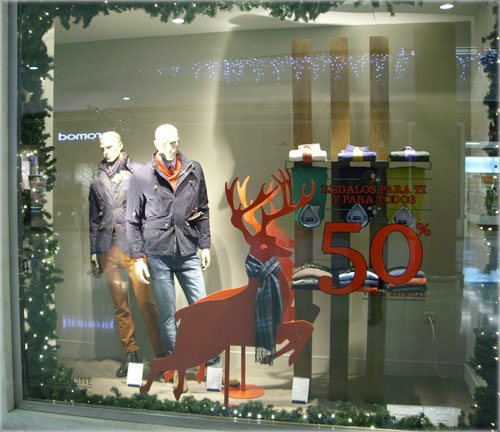 We would like to thank the management of the Atlantico Shopping Centre, for providing us with such nice pictures of the event.